Is It The END Of Guest Blogging As We Know It?

Let me ask you a question.

Do you do guest blogging as part of your online marketing strategy?

If so.. sit down because you might get a bit lightheaded.

The head of webspam team at Google just announced on his blog post to the world that he’s no longer going to be looking at guest posts favorably:

Ultimately, this is why we can’t have nice things in the SEO space: a trend starts out as authentic. Then more and more people pile on until only the barest trace of legitimate behavior remains. We’ve reached the point in the downward spiral where people are hawking “guest post outsourcing” and writing articles about “how to automate guest blogging.”

Yes, ladies and gentleman… one of THE most effective online marketing strategies is now OVER.

We can now ALL thank all those idiot marketers (especially those off-shore “content marketing companies” / spammers) who always do some blackhat marketing stuff to get a quick buck. 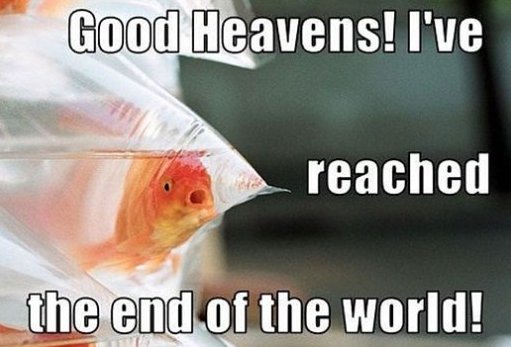 Everyone pack your stuff and go home.

Guest blogging is NOT dead.

Let me help “clarify” what his intentions were.

If your SOLE purpose of guest blogging is to write some crap article no one will ever read just to insert some keyword rich anchor text backlink to your site, then yes… it’s time to go home for you.

If, however, your purpose is to actually provide some genuine value, set yourself up as an industry expert, and write stuff that actually means anything to anyone… then yes, this will actually HELP you because now all them spammy guest blogs will now be discounted and YOUR stuff will come up higher in the SERPs.

But most importantly, it really doesn’t matter now because we live in the social world. People share links – not computers.

You got to ask yourself: why is Google fighting so hard to establish its social platform (i.e. Google+)?

Because ultimately it’s the people that decide what links go on their site.

If Google can figure out what articles are written by people, and which are popular, they can place those links on the results page.

If the results page becomes “better”, then people are more likely to not leave Google as their #1 choice of search engine.

If they don’t leave, the more ad revenue they make.

In other words, you should WRITE for people.. and never for robots.

Don’t bother doing “optimization” stuff because it’s ultimately people that decide if your link is worthy. (Besides, most modern CMS’ like WordPress, Drupal, Joomla, etc. all do that stuff for you anyway). Don’t bother doing “SEO”.

Don’t think that you’re going to get more traffic because you regurgitate some BS that i can look up anywhere.

No, most guests act genuine and tell their story (which is why they got invited in the first place).

Besides, why focus on SEO when the audience is ALREADY there where you’re guest blogging? That makes no sense.

IN fact, the Google spam team guy added an addendum to his post when the SEO world was shaken hard:

I’m not trying to throw the baby out with the bath water. There are still many good reasons to do some guest blogging (exposure, branding, increased reach, community, etc.). Those reasons existed way before Google and they’ll continue into the future. And there are absolutely some fantastic, high-quality guest bloggers out there. I changed the title of this post to make it more clear that I’m talking about guest blogging for search engine optimization (SEO) purposes.

So what exactly does this mean?

Forget anchor text and all that SEO lingo stuff. (Let me remind you that there are 10,000+ engineers… 1000+ of which have Ph.D’s in computer science so don’t think you’re going to outsmart them.) Write as if you’re going give this as a speech in front of real, live people. Would you stand there and repeat some instructional manual? NO. You tell your story… you make it interesting… and you teach.

Citing a source? Don’t be a jerk. Give credit where it’s due.

Mentioning people you don’t necessarily like? Link to them if it makes sense.

And don’t just stick the source on the bottom (ok, i’m guilty of doing this too.. but i stopped). Place it contextually where they SHOULD be.

Do you own an insurance site? Then why on earth would you want to your blog post on a beauty blog? (Unless you find that ugly people need more insurance than good looking people… which is why I don’t have much insurance… *badabing*)

If you go on a rampage and guest post 30 times in one month, then take a year long vacation from it, it sends the signals that you’re probably in the spam bucket. On top of that, you look like a fly by night operations person… so be consistent and write consistently.

Do NOT let any 1 marketing channel be your sole source of traffic for your site/blog.

Most successful blogs have a HUGE chunk of their traffic coming from emails lists. My email list (yes, you should join mine as I write about online marketing & growth hacking strategies), for example, consistently provides about 40% of my traffic to my blog.

if I believed this would’ve wiped out guest blogging as a viable marketing strategy, I wouldn’t have posted!

TaeWoo Kim is an entrepreneur, online marketer, speaker, and blogger. With over 10 years of experience, he’s helped achieve multi million revenues for various companies. You can follow him on his blog, Twitter, Facebook, and Google+

Tips to Help Make Tax Season Easier on Your Employees